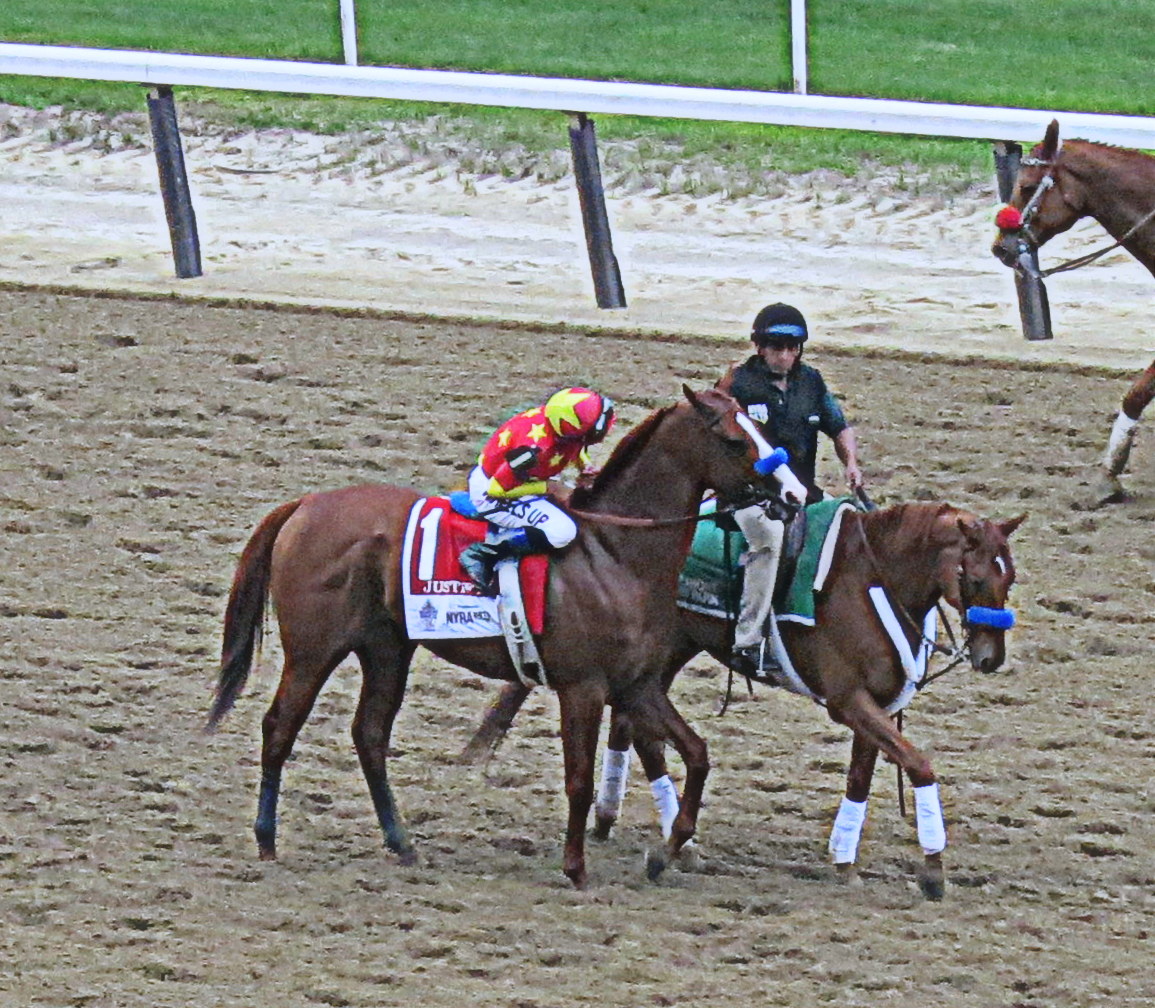 The rareness of the feat makes horse racing’s triple crown a very special thing to witness.

I was up in section 3T for Justify’s wire job early Saturday evening at Belmont Park.

The giddy, deeply appreciative reaction that celebrated the beautiful chestnut colt’s successful completion of an extremely difficult task perhaps lacked the outright gusher of emotions that followed American Pharoah’s Belmont win in 2015. That one broke a 37-year crown drought.

Justify’s triple crown just three years later felt different to me but really no less precious. With zero racing foundation as a two-year-old, Justify debuted at Santa Anita on a Sunday in mid-February. He romped. And then won again easily – against a small, soft field three weeks later. He won the Santa Anita Derby impressively and was promptly made the Derby favorite despite a very tall historical barrier. No horse unraced at two had won the Derby since 1882.

Soupy slop didn’t slow him down in either the Derby or the Preakness and there weren’t a lot of tough foes waiting for him at Belmont. 90-thousand plus showed up in Elmont on a perfect day to see if he could handle the grueling distance of a mile and a half. A lot of people wore yellow, ridiculous-looking foam crowns handed out at the door.

A recorded version of Sinatra’s New York brought the Belmont field onto to the track led by the #1 horse Justify. His veteran jockey Mike Smith could be seen talking to Justify during the post parade. He also slithered his hand through Justify’s bushy mane.

As is Justify’s preferred running style, he burst to the front. Smith and Justify likely noticed erratic attempts by stablemate Restoring Hope to act protectively as his bodyguard in the race’s early stages. Anybody expecting anything different from Hope should consider the strategy next time. All is fair when it comes to giving boost to a crown try.

Smith perfectly calibrated Justify’s run after a quickish opening half-mile. He was able to get the son of Scat Daddy (who wasn’t exactly a marathon runner) into a gallop that kept him keeping on. 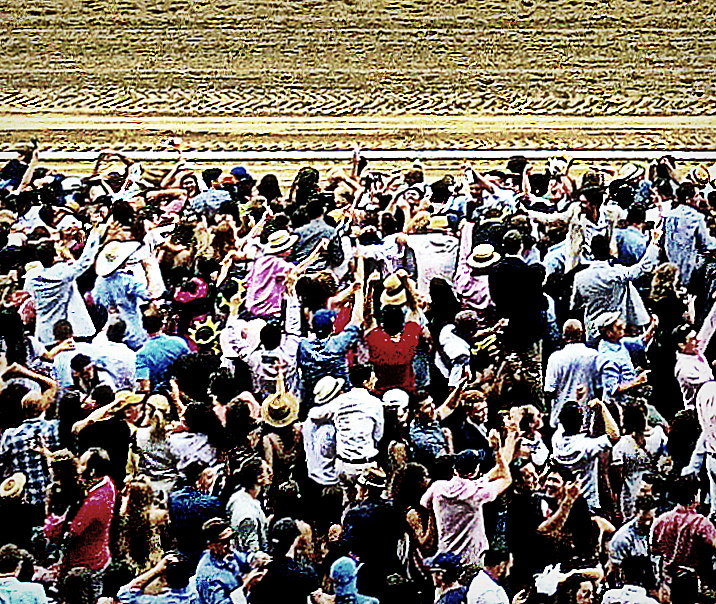 The crowd went wild. On the apron below, young adults threw programs and cups of beer high into the air and embraced at the sight of history.

Given my hard-to-shake devotion to the chase for a big payoff in concert with imagery of Justify’s dwindling margin as he reached the line in Baltimore, I bet against him.

The fan who placed a two dollar win bet on Justify in the Belmont got $3.60 back. Or maybe they just kept the ticket to show their grandkids some day when we go into another drought.

NYRA was again unable to properly host an event of this magnitude. Inbound trains got stuck at Jamaica for long periods. There were the customary sights of hot dogs being served without buns and $11 cans of beer being served warm. The women’s bathroom lines snaked longer than tolerable and escalators malfunctioned.

Dave, Marc and I dashed to the rail stop about three minutes after Justify won. We were looking for the clean LIRR getaway and got it. Whew.

I parted at Jamaica and headed to the Queens Night Market.

I never usually get to go to Night Market because I’m always working on Saturday nights. What a fantastic scene it was. Dozens of food vendors reflecting the crazy diversity of the borough set up shop weekly in the summer inside a western parcel of Flushing Meadows/Corona Park. There’s beer and wine. And music. You can smell it all as you walk down 111th Street from the 7 train.

All the price points are low which makes it a great vibe. It’s real. It’s accessible. You wouldn’t get this crowd at a food-based gathering probably anywhere else in the city. There’s no craft so I got a $5 Tiger beer and an awesome pork and cheese papusa. The lighting is dim and the amount of space the market uses is big. If you ever get a chance to go, go!

When I got home, I flipped on the radio to hear the end of Mets/Yanks. It was loss number eight in a row for the Mets. Suzyn interviewed the great Yankee rookie Miguel Andujar (pronounced “Ann-Dooo-Har) who hit another home run. The 23-year-old Dominican is ripping the cover off. He takes on interviews in English and incorporates a lot of selflessness into his views of the game. Suzyn finished the spot with a rolling R on “Gracias” and John Sterling took the pitch from Suzyn with another fun chuckle. “Remember Suzyn, The Du can Do.”